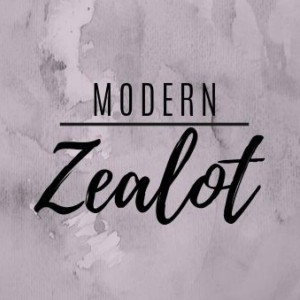 Why I’m Catholic, Part I: Mary the Mother of Jesus

I originally sat down to discuss all of my answers to the question ‘Why am I Catholic?’ in a single post, but it quickly grew into a mile-long publication that told me I not only had too many singular reasons as to why I felt called back to my roots, but also that I had way too much to say about each of them.  In turn, it seemed most appropriate to address it over several postings. This not only allows me the opportunity to digress as I feel necessary but also saves you from a 45-minute read that might feel like it’s the ‘song that never ends.’

As an added note, each posting will (likely) be loaded with questions.  This style seems to better reflect my thought processes, and might perhaps, help you more easily consider my viewpoint.  By no means is it an effort to push or harass you into my beliefs.  If you understand what I’m saying in each post, that’s amazing.  If you agree – even better.  If neither, that’s just as good.

My Wrestle with Denomination

As I’ve said before, Catholicism is my home.  But in my 20’s I left…well, actually…in all truth, I was fence riding. But I felt like I should be on the Protestant side of the fence since I seemed to be such a better ‘fit’ with them.

I kept one foot wedged between the doors of the Catholic Church and the other 75% of me was always somewhere else.  Truly, it was as if I was gone.  I couldn’t reconcile my experiences in meeting Protestants who shined with the love of Jesus and Catholics that always looked like they came to Mass straight off the graveyard shift.

I felt so much more fed and called to a purpose when attending Protestant services – not only were the attendees genuinely interested in being there, I also felt edified and had something to think about and grow with for the next week.  I had never experienced any of this at a Catholic church.  Even though I would go and pour my whole heart into the Mass, both the people and the service(s) always felt empty.

[Side note: I apologize for the overgeneralization in regard to both sets of Christians. Though it is an exaggeration – and surely not the truth that one group would ‘outshine’ the other, I chose to leave it in this posting as it was my perception at that time. It is also relevant in terms of how God chose to grow me in my belief and love for both Catholics and Protestants.]

That being said, there were things I could not stop wrestling with. I dug deep for answers as to why Catholics believe what they believe and that eventually drew me back.  These were (and are) the points I am going to make as I take you through this series of postings on why I am Catholic.

Mary: the Mother of Jesus

Celebrating and Honoring a Family Member

The fourth commandment tells us to honor our father and mother. If Jesus chooses to honor someone (especially his mother), how can I not do the same?  If Jesus is our first brother, and the Father of Heaven, our father, then wouldn’t Mary, the mother of Jesus, in turn, also be our mother? She was, after all, the first chosen spouse of the Holy Spirit.

So often it is said that we Catholics worship Mary (and other saints) because we place photos of her on our mantles, our jewelry, honor her with celebrations, etc., but don’t we do that for our biological/Earthly mothers, fathers, brothers, sisters, or even friends, too?

And how about when we ask our deceased friends and family to pray for us – knowing they are closer to Jesus than we are?  (I ask this in reference to both spirit and location.)  Are we not all part of a communion of saints – those who came before us, our generation, and ultimately, those who will follow?

Our God is a God of the Living

Scripture tells us that God is a God of the living, not the dead (see Mark 12:27).  If our past family – biological, adoptive, and those passed (i.e. the saints in Heaven) are living, then why can we not talk to them now?  We know that life on Earth is a spiritual battle – not a battle of the flesh (see Ephesians 6:12), which in turn means that their spirits are present and they can be spoken to.  Jesus would not deny us communication with those we love.  Even if it does feel like it’s just one-way.  Our physical perceptions are not always all there is to reality.

Our Prayer Warrior and Advocate

It is in this understanding that we can see Mary as our mother through Jesus.  And imagine what kind of prayer warrior and advocate this woman must be!  It is not wrong to ask her to pray for us.

Consider the Wedding at Cana in John, Chapter 2 [bold emphasis mine]:

On the third day, there was a wedding in Cana of Galilee, and the mother of Jesus was there.  Jesus and His disciples had also been invited to the wedding.  When the wine gave out, the mother of Jesus said to him, “They have no wine.”  And Jesus said to her, “Woman, what concern is that to you and me?  My hour has not yet come.”  His mother said to the servants, “Do whatever He tells you.”  Now standing there were six stone water jars for the Jewish rites of purification, each holding twenty or thirty gallons.  Jesus said to them, “Fill the jars with water.”  And they filled them up to the brim.  He said to them, “Now draw some out, and take it to the chief steward,”  So they took it.  When the steward tasted the water that had become wine, and did not know where it came from (though the servants who had drawn the water knew), the steward called the bridegroom and said to him, “Everyone serves the good wine first, and then the inferior wine after the guests have become drunk.  But you have kept the good wine until now.”  Jesus did this, the first of his signs, in Cana of Galilee, and revealed His glory; and his disciples believed in Him.

We see here that Jesus had no intention of doing anything about the uncomfortable wine situation (because the time for His glory had not yet come). But His mom was sympathetic to the plight of the bride and groom, enough so, that she said something about it to her Son.  She knew, with pure and genuine faith, that her Son was the Son of God and that He could do anything – to include miraculously providing bottomless wine to as many guests as necessary.

She also knew, that out of His great love for her, He would honor her request.

So she approached Him, and the servants, with confidence in His mercy.  But Jesus didn’t only do what she asked, He went above and beyond by providing a superior wine – something that was definitely not necessary, and by no means expected.

I can imagine Mary lifting the glass of pinot noir to her lips for a sample and being pleasantly surprised (but not shocked) at her Son’s goodness.  As she looks over the lip of the glass and across the feast, her eyes meet her Sons.  She lowers her hand as a bright and loving smirk spreads across her face. As Jesus looks at her, he can hear her voice lovingly whisper, ‘I knew you would.’  To which, Jesus gently nods and returns a smile (and maybe a wink) that says: ‘Anything for you, Mama.’

Was she not the first to receive a miraculous answer to her request at the wedding of Cana?  This is likely because there is no relationship like that of a mother and a child.  God could have chosen anyone to ask Jesus for the first miracle to display His glory, but he laid it on her heart in order that she might be honored as the first to ask and receive – before the time of His Father’s planning.

Just as God set each of us apart for a special purpose, Mary was chosen before the world for the unique purpose of being the mother of the only incarnate Son of God.

She was chosen to carry our holy and perfect Savior in her womb and raise Him from infant to manhood. She stayed with Him in His hour of trial and suffered with Him at the foot of the cross. In fact, Jesus gave her to John (John 19: 26-27) in order that he (and we) might accept her as our adopted mother.  I don’t believe there is anyone I would trust more to receive an answer to my prayers and needs than the only woman chosen for such an important vocation.

‘Prayer’ to Mary (or any other saint) is not the same as worship.  No one is to be worshiped but God alone.  The Catechism of the Catholic Church confirms this (see CCC 2114).  Veneration and honor are different. Veneration is the respect and honor due to someone – which is really not any different than a photo of my biological grandmother on the mantle (see CCC 2132).  I don’t worship that picture, or the beautiful frame that I put it in, I just set it there in memory and as a reminder to pray. […and the pretty frame is a bonus because my grandmother is deserving to be wrapped in something beautiful. I treat the item that represents her with respect because it honors her, who is still living (with and in Christ), knowing that I will see her (again) someday.]

[Stay tuned for Why I’m Catholic, Part II: the Eucharist.]

Sign up to receive the latest of all things Modern Zealot

Please log in again. The login page will open in a new tab. After logging in you can close it and return to this page.